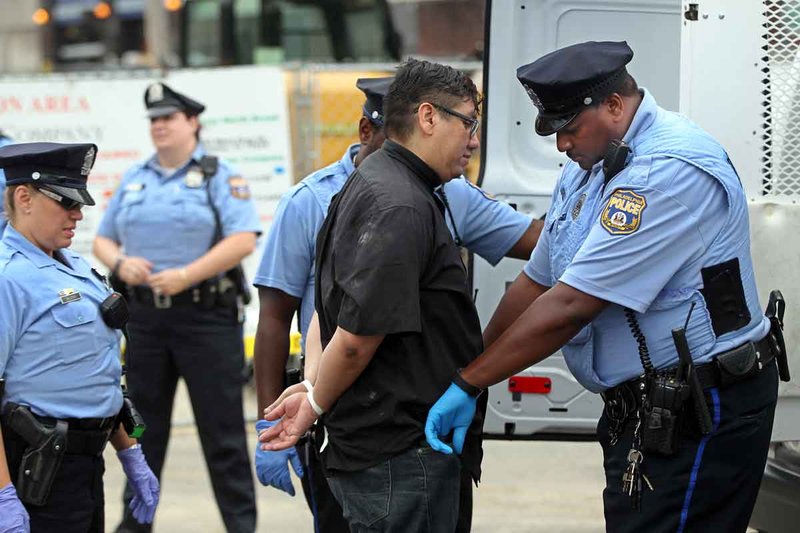 An activist minister, an undocumented mother of American citizens, a teenager born in Philadelphia to a woman living here illegally, and a member of the immigrant support group Juntos were arrested Tuesday during a protest in Center City.

More than 100 families protested at the Philadelphia Immigration and Customs Enforcement office, asking for an immediate moratorium on deportations.

The protesters linked themselves together and temporarily blocked the I-676 off ramp to Broad Street, causing a major traffic jam.